Joy is saying a prayer! 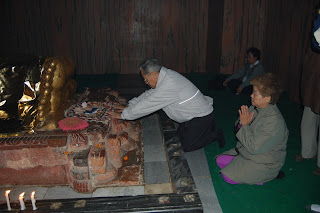 Kusinagara is the place where the Buddha died. The Nirvana Temple, built in the 5th century AD, contains a reclining statue, 7 m/25 ft long, which shows the Buddha in his state of final repose as he died and reached nirvana.

Joy is hanging around! 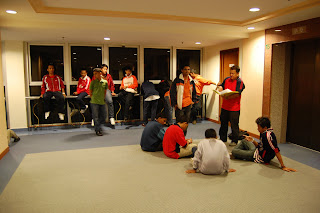 First World Hotel which comprises Tower 1 and Tower 2, each with 23 floors, and has a total of 6118 rooms is the largest hotel in the world.
Post a Comment
Read more
More posts