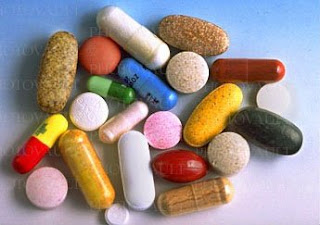 I read somewhere that there are drugs in drinking water. When people take pills, some of the medication that are not absorbed by the bodies is said to be flushed down the toilet as wastewater. Wastewater may be treated before being discharged back into rivers and lakes but then it may not be completely rid of these drugs because some resist the treatment process. As such, it has been said that drugs like antibiotics, anti-convulsants, mood stabilisers and sex hormones can be found in drinking water all over the United States! Elsewhere in this world, where water has never been treated, one'd probably expect many more things in the drinking water! Now, would you drink to that?
Post a comment
Read more
More posts