Joy is an ice-cream man! 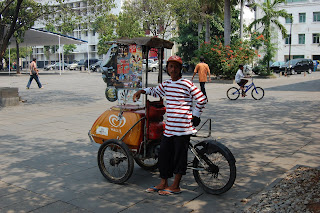 Joy is an ice-cream man!

(Pic taken in Jakarta, Indonesia. August, 2008)Jakarta,the capital and largest city of Indonesia was first established in the fourth century. It was an important trading port for the Kingdom of Sunda and as Batavia, served as the capital of the colonial Dutch East Indies. The Japanese renamed it Jakarta in 1942 during Japan's occupation of Java.
2 comments
Read more

Joy is Keeping a Distance! 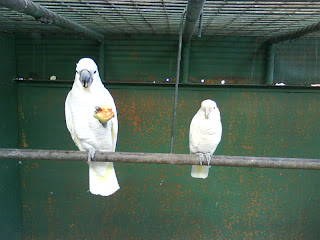 Joy is Keeping a Distance!
(Pic taken at Agro Park in Batu, Surabaya, Indonesia. August, 2008)Keeping a distance is sometimes a joy! Take for instance this story which I received from Thuan Hee: In Penang, if you are traveling around the mainland you've got to be extra careful. An old and damaged Honda Accord car PAM 6188 driven by a Chinese man believed to be 60 years old and suspected to be mentally sick, will drive near you, scratch your car and then flee. If you were to horn him, he will purposely stop at the middle of the road,show you a finger and if you were to drive again, he will then stop at the middle of the road. Don't say you have not been warned!

Avoid this car, won't you?