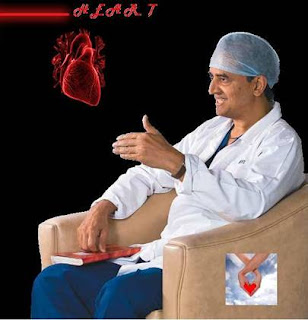 A professor from University of Texas did an experiment on mice and found that 13 out of a group of 100 mice which ate without any restriction managed to stay alive after two and a half years while 97 of the 100 mice which was fed only 60% full survived. About half of the third group of 100 mice which was given food without restriction but with reduced protein manage to live on, prompting scientists to make the conclusion that it is harmful to overeat and to take too much protein. There is a certain Indian heart specialist from Bangalore however, a Dr. Devi Shetty (inset) whose patients include the late Mother Theresa, who said that a diet with less oil and carbohydrate but more protein would be good for your heart. Bodybuilders, take note!
Post a Comment
Read more
More posts