So, there is a Ben-Gurion University in the Negev region in Israel. The university, formerly named the University of Negev had been renamed after Israel first Prime Minister, David Ben-Gurion. I was wondering whether this university exists when I read about researchers there led by Dr. Rivka Ofir and Professor Yakov Weinstein, making a discovery that lemon grass kills cancer cells. Lemon grass, a tall tropical grass with lemon-like odour has long been featured in Thai, Indonesian, Malaysian, Sri Lankan and Indian cooking. The grass is said to contain citral which brings about this action. As it is, to kill cancer cells, one need just to consume a drink containing as little as one gram of lemmon grass. You can start using the stem to make tea now!
Post a comment
Read more

Joy is a sprig of flowers! 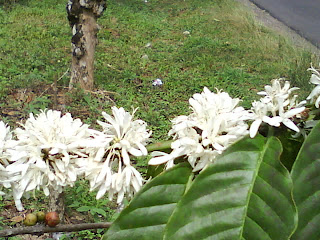 Joy is a sprig of flowers!
(Pic taken in Java, Indonesia. 2008)The first species of coffee to be cultivated is Coffea arabica. Flowers of coffee are white and grow in axillary clusters. Arabian scholars had long used coffee in prolonging their working hours and legend has it too that goats in Ethiopia were seen seen mounting each other after eating the leaves and fruits of the coffee tree. Wonderful, isn't it?Java Jamboree is currently on at Travel Pangs!
Post a comment
Read more

Joy is the distant clouds! 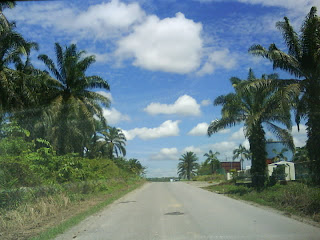 Joy is the distant clouds!


Mukah is said to be an ancient trading and fishing port at the mouth of the Mukah River in Sarawak, Malaysia. Historically, it was an outpost of the Sultanate of Brunei. It also used to be a major sago producing area but the predominantly peat swamp areas had lately given way to oil palm plantations.
Post a comment
Read more 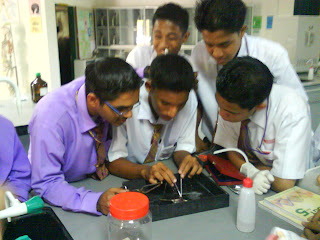 Focus does not just mean a point at which rays of light or other radiation converge or from which they appear to diverge, as after refraction or reflection in an optical system.It is also a condition in which something can be clearly apprehended or perceived.Which, do you think would bring joy?
Post a comment
Read more

Joy is a light! 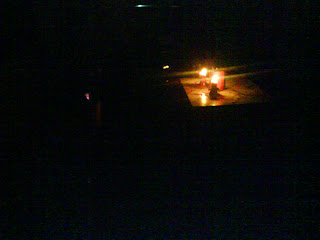 Joy is a light!

During Chinese New Year, candles and joss sticks are burned but at the moment, I am just thinking of two beautiful songs: 'You light up by life 'by Debbie Boone and a cover by Chyi Yu, 'a light'. Enjoy!

Debbie Boone's You Light up my Life...