Joy is a head! 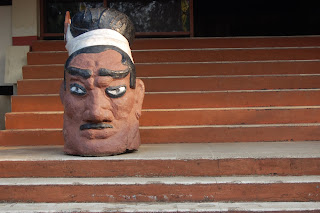 Joy is a head!

Taman Mini Indonesia Indah (TMII) means"Beautiful Indonesia Miniature Park". It is a culture-based recreational area located in East Jakarta. Being one of the most popular tourist destinations in the city, TMII boasts of gardens such as Anggek Garden, Apotek Hidup Garden ,Cakot Garden, Prasasti APEC Garden and museums such as Indonesia Museum, Keprajuritan museum , Perangko Indonesia Museum, Pusaka Museum and many more. One would require more than one day to see it all!
Post a comment
Read more
More posts