Joy is performing the Chicken Dance! 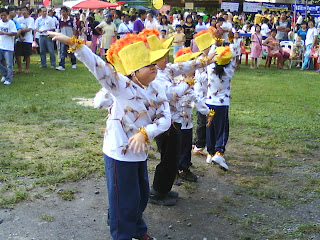 Joy is performing the Chicken Dance!

Sekolah Semangat Maju in Taiping is a school for the mentally handicapped. A food fair is held anually to raise fund for the school and participants from various Chinese NGOs including religious societies like Taiping Buddhist Society (TBS) etc. sacrifice time and money to sell food to the public.
Post a Comment
Read more

Joy is cutting a watermelon together! 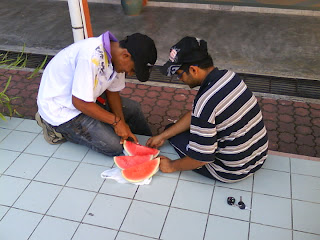 Joy is cutting a watermelon together!

Watermelon grows wild in the Kalahari desert where it is believed to have originated.. There, it is known as Tsamma melon. It is also believed that the fruit has been cultivated in the Nile Valley as early as the second millenium BC. Numerous watermelon seeds have also been from the tomb of PharaohTutankhamun.
Post a Comment
Read more
More posts