Joy is Eating Junk Food Together! Joy is Eating Junk Food Together!
(Pic taken at SMK Taman Panglima, Assam Kumbang, Taiping. 2008)It was not until 1972 that the term, junk food was coined. Michael Jacobson, director of the Center for Science in the Public Interest(CSPI), a non-profit watchdog and consumer advocacy grouped based in Washington, D.C. used the term for food with little or no nutritional value, or to products with nutritional value but which also have ingredients considered unhealthy when regularly eaten, or to those considered unhealthy to consume at all.
Post a comment
Read more 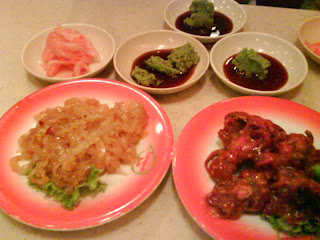 
(Pic taken in Brunei. 2008)
Talk about Japanese food and I'll think of sushi. That's about the only Japanese dish I know.Sushi is said to be a dish which contains sushi rice, which is actually cooked rice prepared with sushi vinegar. There are various kinds of sushi dishes just like there are various types of Japanese food. Sashimi for instance is raw seafood and Yakizakana is grilled fish and yes, the list goes on...
Post a comment
Read more

Joy is a Statue of the Goddess of Mercy! 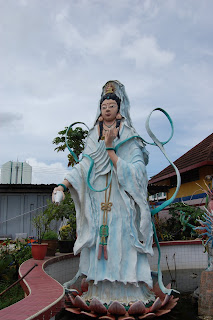